It is only two years ago that the enigmatic Professor of Environmental Law took over the reign at the prestigious Lagos State University, Ojo.  But his achievements in that short period will forever change the course of the history of the Institution.

Typical of his unassuming nature, 51-year old Prof. Olanrewaju Adigun Fagbohun has parried all efforts by excited stakeholders to roll-out the drums in celebration of what is generally regarded-by both supporters and critics alike, to be two remarkably successful years in the history of the Institution.  Yet, failure to highlight and document the modest achievements of the Akesan born Prince as the 8th Substantive Vice Chancellor of the only Lagos State Owned Ivory Tower will at best, create a vacuum that allows misinformation and speculations to fester, and at the very worst, deny well-meaning stakeholders the materials for a fair assessment and robust engagements that will catalyse the quicker transformation of the Institution.

Of the numerous achievements recorded in the last 730 days by Prof. Fagbohun since his appointment as LASU Vice Chancellor by the Governor of the State and Visitor to the Institution, Gov. Akinwunmi Ambode, the tyranny of space will allow for the documentation of only the underlisted, in this piece. Here are a number of his landmark achievements:

RESTORATION OF PEACE IN LASU:
Perhaps, the biggest achievement of the two-year Lanre Fagbohun administration is the restoration of peace to the University. Upon assumption of office, Prof. Olanrewaju Fagbohun initiated the process of bringing all stakeholders in the Institution together through his all-inclusive-Governance and “we approach mantra”, to achieve lasting peace.  From series of meetings with Teaching Staff, Non-Teaching Staff and even Student Representatives, Prof. Fagbohun worked with haste and diplomacy to restore peace to the Institution. The import of this is that LASU has now consistently embraced news headlines for the right reasons, the University is once again beginning to gain respectability and acquire goodwill among well-meaning Nigerians. The visit of the likes of the Ag. Chairman of Economic and Financial Crimes Commission [EFCC], Mr. Ibrahim Magu, Chairman, Heirs Holding, Mr. Tony Elumelu, Renowned Economist, Mr. Henry Boyo, the Canadian High Commissioner to Nigeria, Mr. Perry Calderwood, Africa’s Richest woman, Mrs Folorunsho Alakija, Business Tycoon, Chief Kessington Adebutu, amongst other to the University at different times and for different reasons in the last two years is a pointer to the progress LASU has made under the Fagbohun leadership.
STAFF WELFARE AND PROMOTION:
Welfare of staff in any organisation is non-negotiable.  Hence, Prof. Fagbohun made it a priority in his first two years in office to ensure that all outstanding promotion cases were quickly resolved and new ones spontaneously addressed.  Furthermore, in order to ease the transportation challenges faced by members of staff of the Institution, the Fagbohun-led administration ensured that staff buses were made available to convey the Staff to and fro the Campus. The administration also embarked on the renovation of Staff Quarters and ensured that Staff end of the year Welfare Packages are improved upon. It is on record that LASU Staff enjoyed the best end-of-the-year package ever, in 2017. Regular meetings between the Management and Staff have become commonplace in the institution in the last two years, ensuring that there is synergy and singleness of purpose among the critical stakeholders of the institution.
STUDENTS-MANAGEMENT RELATIONSHIP:
The Lanre Fagbohun-led administration must also be credited for the enhanced Students- Management relationship currently being enjoyed in the University. The Vice Chancellor, apart from institutionalizing a monthly meeting with the students’ leaders to discuss issues of concern for the Students, ensured the sponsorship of Students to competitions in and out of the Country. The administration also worked with the Lagos Metropolitan Area Transport Authority (LAMATA) provide Marcopolo buses to convey Students to their locations daily to ease transportation challenges. The administration also instituted the Library Students Workers initiative to provide part-time employment opportunities for Students of the Institution to legitimately earn some money working in the University’s Libraries as they study.

QUALITY ASSURANCE IMPLEMENTATION COMMITTEE:
Prof Fagbohun, upon assumption of office, set out in very clear and calculated terms, machineries to immediately enhance the ranking of the Lagos State University amongst other Institutions in Nigeria.  One of the machineries put in place was the creation of a Quality Assurance Implementation Committee headed by Professor of repute, Distinguished. Prof. Peter Okebukola.  The brilliant initiative ensured that quality assurance workshops were organized for all Deans, Departmental Heads, Professors and other Teaching Staff, Non-Teaching Staff and Students of the University to expose them to the best practices in University Management and Administration around the world and chart ways by which they can improve and quality-assure the standards of academic works and service delivery in the University. The result is that quality assurance has now become a consistent feature of day to day activities in the Best State University in Nigeria.
TRANSFORMATION OF PHYSICAL INFRASTRUCTURE:
No one, on stepping into the Lagos State University Campus, in Ojo, Lagos, is left in doubt as to the massive physical transformation that has taken place in the University in the last two years.  With robust support from the Lagos State Government, billions of naira have been plunged into the renovation and painting of Lecture rooms and Lecture theatres, the complete overhaul of all the roads in the Institution, the creation of street lighting system network across the University Campus as well as the completion of some projects under construction, including the new Faculty of Science complex, 3-in-1 Law Theatre, LASU Radio Building, etc.  The soon-to-be-commissioned New Senate Building is one of the spotlight projects adorning the landscape of the University.
TAKE-OFF OF LAGOS STATE UNIVERSITY INTERNATIONAL SCHOOL [LASUIS]:  While it must be admitted that the idea and process to commence operation at the Lagos State University International School was mooted by past administrations, credit must however be given to the Fagbohun-led administration for actualizing the dream in less than six [6] months of coming into office.  Prof. Fagbohun swiftly appointed a board to manage the running of the International School and they wasted no time in working to see that the school resumed in September, 2016, as directed by the Vice Chancellor.  With the creation of the School, Children and Wards of Staff of the Institution, as well as students from surrounding communities can now have access to quality teaching and learning in a conducive environment.  The commencement of the school has opened up employment opportunities for a number of people.
LASU EXCELLENCE AWARDS, UNIVERSITY SCHOLARS AWARD AND CHRISTMAS CAROL:
Gone were the days when hardwork went unrewarded and bravery went unrecognized, when the hardworking staff sought, in vain, for appreciation and personal sacrifices for the Institution went unnoticed.  Passionate about encouraging and rewarding selfless work commitment and dedication, Prof. Fagbohun initiated the LASU Excellence Awards. A Committee was put in place to organize an award event, yearly, where outstanding staff, chosen through nominations and voting, would be recognized and rewarded by the University.  Students who also distinguished themselves in their academics have continued to enjoy financial rewards, yearly, in a bid to encourage them to do more. The LASU Christmas carol was also put in place to celebrate the end of the year and bring all members of staff and students together in University.
ENTRENCHMENT OF DISCIPLINE AND RULE OF LAW
A Professor of Law, the Vice Chancellor, through words and actions has ensured that discipline is upheld in the University. Among the students, dress codes were rolled out and strictly observed to ensure proper dressing. Cases of cultism and other forms of indiscipline among Students, and allegations of misconducts among Staff were also judiciously handled by relevant bodies and appropriate sanctions given. The rule of law, justice and fairness is now firmly upheld in the institution.
HUMAN CAPACITY DEVELOPMENT INITIATIVES:
Prof. Fagbohun administration, has in the last two years mooted initiatives for the Human Capacity Development of Staff and Students of the institution. Apart from the award of TETFUND Conferences and Trainings which have become regular and all-encompassing as well as in-house trainings to enhance Staff Development, the administration also instituted programmes for their benefit.  Meriting a special mention is the Distinguished LASU Lecture Series, the first of its kind, which saw renowned business mogul and philanthropist, Chairman, Heirs Holdings, Mr. Tony Elumelu speak to the students and staff on entrepreneurship.
ESTABLISHMENT OF DIRECTORATES [LASUDA, ODLRI, ACADEMIC LINKAGES AND ACDIE] FOR IMPROVED SERVICE DELIVERY
In its bid to create a platform for improved service delivery in the University, the University Administration created some important Directorates. The Lagos State University Directorate of Advancement (LASUDA) was created as a platform for an organized interface between the University and its products (LASU Alumni), as well as eminent individuals and organization in and outside the State. The administration also established the Directorate of Academic Linkages for better collaborations and exchanges with other Institutions, the Directorate of Capacity Development and International Engagements as well as the Open and Distance Learning and Research Institute (ODLRI).

LASU EXTERNAL SYSTEM REPLACED WITH ODLRI
The External System of the University, hitherto fraught with issues of delayed and missing results received a new lease of life under the Lanre Fagbohun administration. A committee was put in place to speedily address all the persistent issues and ensure the clearance of all outstanding results. More than forty thousand results were cleared ensuring that Students who have been delayed for years can make progress. In following the directive of the National Universities Commission, the University also created the Open and Distance Learning and Research Institute as a more organized and refined System to replace the External System which has now been rested. The ODLRI, which recently received the approval of the NUC, will ensure that thousands of knowledge seekers are able to attend University from different locations in the Country.
RECLAMATION OF ENCROACHED LANDS OF THE UNIVERSITY
For years on end, some dwellers in surrounding Communities have found ways to encroach on the land of the University, denying her of lands for some developmental projects. Determined to end this, the Lanre Fagbohun administration, in conjunction with the Lagos State Government, began the process to reclaim the Lands of the University by making illegal occupants legal tenants of the University. With the move, the University has been able to reclaim part of the encroached lands for further developments.

Also worthy of mention, amongst the many achievements of Prof. Olanrewaju Fagbohun include:

Introduction of Committee based system of administration as against the Central Authority System      hitherto in place, culminating in the creation of 32 Advisory Committee;
Improved security on the University Campuses;
Twelve inaugural Lectures held in two years;
Outstanding performance by LASU in National and International Competitions;
Robust collaborations with other institions both within and outside the Country;
Establishment of LASUTV, amongst others.
With all the aforementioned achieved in only two years, one can only look forward with hope and enthusiasm at what the prestigious Lagos State University would have become by the end of the Administration of Prof. Olanrewaju Fagbohun in another three years from now. 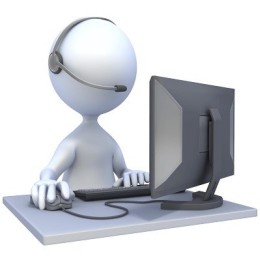 LASU HAS TURNED AROUND. THINGS HAVE CHANGED HERE AND I CONGRATULATE THE STATE

UNIVERSITY MANAGEMENT WELCOMES ALL STUDENTS BACK ON CAMPUS FOR THE HARMATTAN SEMESTER, 2017/2018 ACADEMIC SESSION.